Denis Villeneuve’s Dune: Part One blasted into theaters and HBO Max last year, and the film was so well-received that Warner Bros. thankfully greenlit Part Two soon after the first movie’s release.
So where are things at with the adaptation of the other half of Frank Hebert’s book? In a recent interview with Empire, Villeneuve gave an update on where they stand.

“It’s like a chess game,” Villeneuve told Empire. “Some new characters will be introduced in the second part and a decision I made very early on was that this first part would be more about Paul Atreides and the Bene Gesserit, and his experience of being in contact for the first time with a different culture,” says Villeneuve. “Second part, there will be much more Harkonnen stuff.”
Some of that “Harkonnen stuff” undoubtedly includes the introduction of Feyd-Rautha, one of the major antagonists in Herbert’s sci-fi novel. Villeneuve also shared that now that the Dune universe has been introduced to a wide audience (i.e., not just those who’ve read the book and/or seen the David Lynch version), he has the chance “to go a little bit deeper” into some details in the book.
What details is Villeneuve thinking of, exactly? We don’t know for sure, but the good news is shooting is supposed to start by the end of the summer. “I will say [Part Two] is mostly designed,” he said. “The thing that helps us right now is that it’s the first time I’ve revisited a universe. So I’m working with the same crew, everybody knows what to do, we know what it will look like. The movie will be more challenging, but we know where we are stepping. And the screenplay is written. So I feel confident. Frankly, the only big unknown for me right now is the pandemic.”
Dune: Part Two is set to premiere in theaters in October 2023.

You Are Born Exploding by Rich Larson

It Came From The Archives! “Star Wars Lives Forever: May The 4th Be With You” 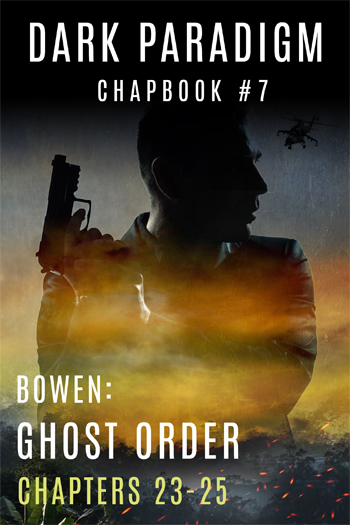 King of Battle and Blood: A Dark Vampire Fantasy For a Female Gaze