Disney+’s Star Wars: Obi-Wan Kenobi series is heading our way in mere months, and we finally have a trailer that gives us a tease as to what the show will look like!

The teaser starts out with a middle-aged Obi-Wan (Ewan McGregor) walking through the sands of Tatooine saying via voiceover that the fight is done, and the Jedi lost. It’s ten years after The Revenge of the Sith, after all, though we know that Obi-Wan will be back in the form of Alec Guinness in 1977’s A New Hope.
In the Disney+ limited series, however, Obi-Wan is still McGregor, and the trailer shows him keeping an eye on a very young Luke Skywalker via macrobinoculars (which I must admit has a bit of a different vibe for me after seeing The Batman).
Things won’t be easy for Obi-Wan, however, before A New Hope begins. Even though the Jedi lost, the Empire wants them all hunted down and killed, because that’s how the Empire rolls. “The key to hunting Jedi … is patience,“ the Grand Inquisitor ( Rupert Friend) says in the trailer’s voiceover, as we get glimpses of the man himself (probably?) as well as Moses Ingram in her own Inquisitor garb as Reva, and Indira Varma in formal Imperial attire.
There is a “Duel of the Fates” cue in the trailer, but the primary motif being used—”Battle of the Heroes”—is the theme from Revenge of the Sith, not Phantom Menace. This makes sense, since the leitmotif was used through Obi-Wan and Anakin’s final fight.
In addition to McGregor, Varma, Friend, and Ingram, Obi-Wan Kenobi stars Hayden Christensen as Darth Vader as well as Joel Edgerton reprising his role as Owen Lars, Bonnie Piesse reprising her role as Beru Lars, Kumail Nanjiani, O’Shea Jackson Jr., Sung Kang, Simone Kessell, and Benny Safdie.
The Star Wars limited series Obi-Wan Kenobi premieres on Disney+ on May 25, 2022.

Just One Step, and Then the Next by E. N. Díaz 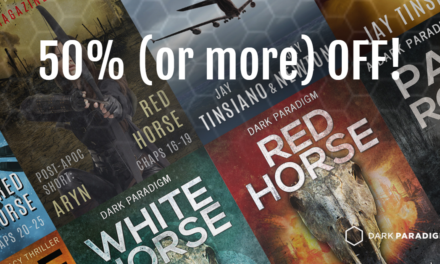 Kingsman 3 and Where the Franchise Goes from Here

Everything Is Better With Velociraptors, Including West Side Story