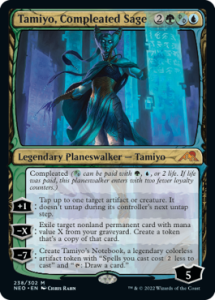 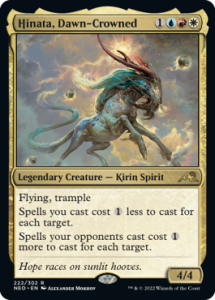 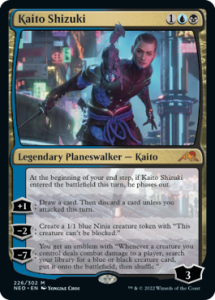 Neon Dynasty has come and changed the Magic world forever. It’s the first set to have this level of futuristic elements. I still don’t know how I feel about that. But I know my opinion on how the cards are affecting Bof1 Standard. And, as usual, I’ve got six impressions worth talking about. 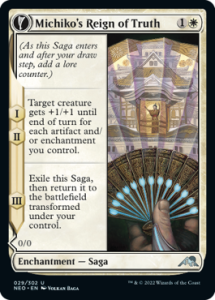 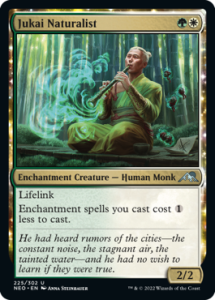 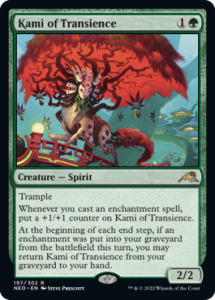 It’s always nice to see a set spawn a deck type different from the existing options. Especially when it uses a lot of new cards.
I’ve yet to pilot it—only face against it—but the primary appeal is the sheer synergy. The deck snowballs with trigger after trigger. Some of the cutest combos have been using Weaver of Harmony to stack Michiko’s Reign of Truth verse one/two triggers and slam with enormous creatures. This is doubly potent when it’s Portrait of Michiko, or a massive life-gain swing with Katilda, Dawnhart Martyr. But even the general creature base of growing monsters like Generous Visitor and Kami of Transience can lead to a smackdown. And speaking of smackdowns… 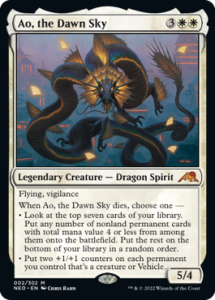 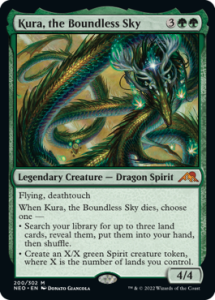 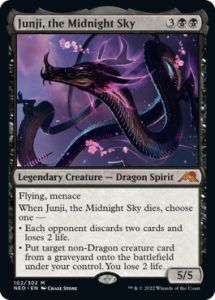 Neon Dynasty’s dragon cycle excited me. The green and black ones both seemed like they might have a prominent part in the meta with their strong death triggers. The white one had a swingy enough trigger to be viable. And Atsushi, the cheap red one, is a good mid-range beater. One dragon towers over them all, however, and it’s Goldspan. The card is the backbone of two meta decks—that barely/don’t use Neon Dynasty cards. I wouldn’t be surprised if they ban the card soon, especially when it’s pulling amazing numbers alongside its friend Lier, Disciple of the Drowned. WOTC doesn’t like cards that win too much and squeeze out a lot of otherwise fun experimentation. Decks with Goldspan doing so well is part of a bigger trend though… 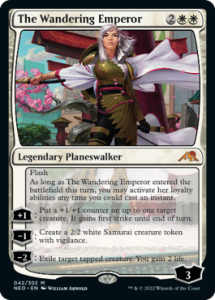 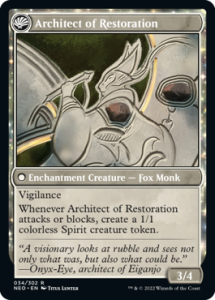 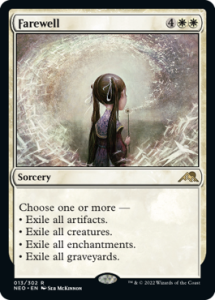 So, here’s the thing about control: it’s not optimum in Bof1. I’ve talked about this before, and it’s just a truism. Control games take longer—which is bad for grinding the ladder. But a factor can change that. If the lethality of control decks becomes so assured it can quickly close out a game once it builds momentum, it’s likely to gain popularity. That seems to be the case now. Not only are there Goldspan and Lier, but there’s Hullbreaker Horror, The Wandering Emperor, and Architect of Restoration as stickier threats with big impacts. Adding Farewell as a super brutal mass-exile only makes things more control friendly. And, what’s even more interesting about this is there’s usually an automatic response in the meta. A rise in control leads to another archetype gaining popularity, but perhaps not this time… 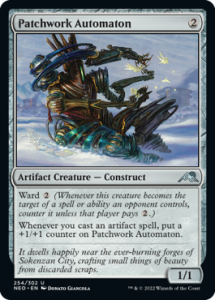 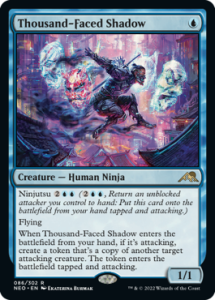 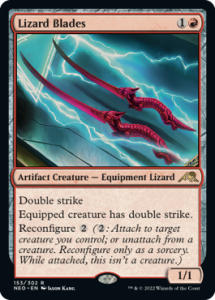 (Come back on Monday for my continuing thoughts on Kamigawa: Neon Dynasty!)
Possibly Related Posts:

Queen of the Damned: The Vampire Classic That Almost Was

Who Is Peacemaker’s Chukwudi Iwuji Playing In Guardians Of The Galaxy Vol. 3?

The Beatles and India Doc Captures More Than One Spiritual Journey