Den of Geek
Ad
What might be the best look yet at Michael Keaton's Batman costume in The Flash movie and the Batgirl movie has just surfaced.
Ah, the highs and lows of being a DC movie fan right now. On the one hand, we’ve got The Batman being hailed as a modern superhero movie masterpiece and about to get another shot in the arm as it hits streaming. On the other we have Ezra Miller’s troubling behavioral issues and the fact that The Flash movie has been delayed until 2023. But at about the same time rumors hit that corporate overlords at Warner Bros. Discovery are planning to “overhaul” DC Entertainment in the hopes of finding a more cohesive creative vision for their slate of superhero movies and TV shows, a couple of photos hit the web at just the right moment to make us all feel better.
It’s long been known that Michael Keaton is returning to the role of Batman and Bruce Wayne for The Flash and Batgirl movies. The reasoning, of course, is still murky. Miller’s Barry Allen will visit the world of Tim Burton’s Batman movies in The Flash and encounter Keaton’s older Dark Knight, but the reasons as to why he is then the Batman of the upcoming Batgirl movie, which seems to be set in the main DCEU timeline remains to be seen. Anyway, the general mood about this sort of thing seems to be…who cares? Everyone’s just happy to get one of their favorite Batman actors ever back in the cape and cowl!
And what a cape and cowl it is! Sneaky set photos from both films have been cropping up all over the web in recent months, depicting Keaton in a slightly modified version of what appears to be the Batman Returns costume. But now we have what seems to be the best look yet, likely from a full blown wardrobe test, and it looks pretty great.
Check it out…
Ad
Ad – content continues below
RUMOR: Possible Leak #TheFlash/#Batgirl (Costume Test) NEW Keaton Batsuit!🦇 pic.twitter.com/mACy7EzU0V
Now from a purely objective standpoint this…ok, fine, it looks awesome. There’s a lot of the Batman Returns suit in here, which replaced the “sculpted musculature” look of Keaton’s first Batman costume with a more segmented armor look in the torso, as well as the arrival of a more “traditional” bat-logo from the slightly more stylized one the first film boasted. But there are some cool new touches, as well, notably the extended and more prominent forearm gauntlets.
That’s a brand new utility belt design, too. They’ve opted to go with a darker color scheme for that rather than the gold it was in both Burton movies (and how it’s traditionally been depicted in the comics). That’s a shame, as the gold always makes for such a great contrast against the jet black of this costume design. Then again, considering how averse DC as a whole has been to any color at all in their live action Bat-suits for the last 20 years, I suppose I should be thankful that they’re even keeping the yellow oval around the bat, so I suppose this utility belt is a reasonable compromise.
So when will we see this suit in action? Batgirl doesn’t have a release date at the moment, and has long been said to be arriving in “late 2022” on HBO Max. However, rumors continue to swirl that this can’t be released until after the Andy Muschietti-helmed The Flash hits, and that film doesn’t arrive until June 23, 2023. We’ll just have to be patient for now.
Comment:
Written by
Mike Cecchini | @wayoutstuff
Mike Cecchini is the Editor-in-Chief of Den of Geek. He's a man with a deep and abiding love of comics published before he was born, low-budget…
Ad – content continues below
Ad
The Den of Geek quarterly magazine is packed with exclusive features, interviews, previews and deep dives into geek culture.
Get the best of Den of Geek delivered right to your inbox!

Sam Esmail’s Vision of Metropolis Is Coming to Apple TV 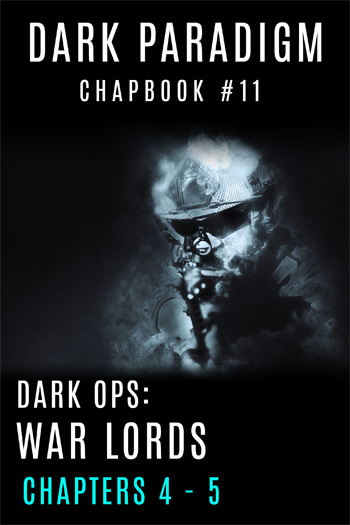 You're Not the Only One by Octavia Cade (audio)