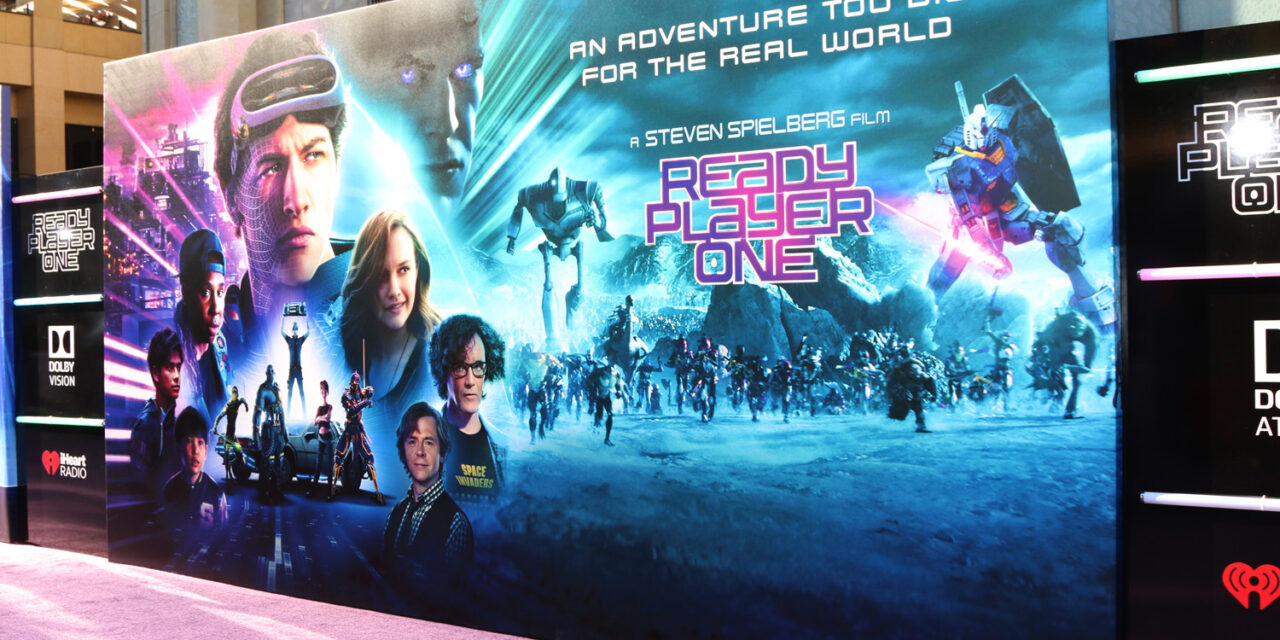 It’s excitement mixed with dread that comes with the announcement that the book we loved so much is going to be adapted for the big screen. Will the heroes look like you imagined them? Will the characters do the same things as they did in the book? Feel the same way? Make the same choices? Will all the characters even be there? And that scene by the side of the lake, the one that almost made you burst into tears, will it be there at all?

When getting ready to watch the film version of Ready Player One, however, these seemed like the least challenging aspects of the adaptation.

Let me start with a bit of background.

It’s 2045 and the world is in tatters. The energy crisis led to a social crisis and humanity is at its all-time low. To escape this dreadful reality, people go to the OASIS, a virtual world that anyone can access through a VR simulator. It’s a world outside the world. A world where everybody can be anybody and everything is possible.

The creator of the OASIS is James Halliday, who founded the company Gregarious Simulation Systems (GSS) with his dear friend Ogden Morrow. Before dying, Halliday hid an Easter Egg in the OASIS: whoever found the Easter Egg would inherit his whole fortune and have full control of the OASIS. You already see where this is going.

Innovative Online Industries (IOI) is GSS’s harshest competitor – and inherently the bad guy. Its munchkins are spread everywhere around the OASIS in a constant pursuit of the Egg, just like every other OASIS player, although with a lot more money to spend on trickery.

Wade Watts, aka Parzival, is one of the millions of OASIS players – Gunters, as they are called. He’s the one telling us about his quest, admittedly to clarify a few misconceptions and urban myths that were born after the events – in the book we know right from the start that he’s done really good in this quest.

So far so good. CGI technology reassures us that the virtual world of the OASIS can be precisely replicated and brought to life without glitches. But here’s what made it intriguing: James Halliday had an obsession with 80s pop culture and videogames, from the most famous titles to the most obscure references. In the book, Ernest Cline makes endless hints to all sorts of music, films, and even commercial, often spending pages walking down the 80s memory lane. How could all this be transferred to a film destined to appear on screen thirty years later than that?

The answer is: it’s not, and beautifully so. The script is so well engineered that the story propels forward even when the geek-engine is turned to a minimum.

References are there for the hardcore fans – one of the clues is in the film The Shining, for example – but nobody will miss any important plot twist by not knowing what the game Joust is about.

The film – much like the book – is far from perfect. Ernest Cline is great at telling the story from the point of view of Wade Watts, a teenage boy with self-esteem issues, but falls easily into the trap of treating Art3mis, his love interest, as not much more than a prize to conquer. An improvement on the theme appears in the film, where Art3mis turns out to be the one who devises the plan that will lead them to victory. For a moment it feels like she’s the hero of her own story, until this idea is brutally dismantled when she gives it all up in favour of Parzival, for no other reason that it’s meant to be.

Honourable mention goes, instead, to Aech, Parzival best friend and by far the best character of the whole story. Dishonourable mention to the film version of Nolan Sorrento, head of operations at IOI and demoted from cunning strategist and dangerous villain and stripped of his strategic thinking until he figures in the film as a salesman with daddy issues who’s bitten off more than he can chew.

In many ways, the film seems to fit that description as well. As enjoyable and entertaining as it might be, it fails to deliver on many levels and more than once the only thing keeping the attention up is the impressive display of imagery and CGI skills that went into the project.