“Dark Matter” is actually not a philosophical space opera.  While it does touch on some philosophy, it less dense the previous books I’ve covered here.

Jason Dessen is a mild manner professor of Quantum Mechanics, who has settled into quiet family life. But after an evening of being reminded of how his life could’ve been filled with the prestige of being a top tier research scientist, he is kidnapped, waking up surrounded by people – people he never remembers meeting, but all seem to know him. Now he must figure out to survive and get back home.

And that’s when the story stumbles for me. To savvy readers of science fiction, it quickly becomes apparent that he is an alternative dimension, cast there by the Jason from that world. Perhaps, I don’t have the patience for dramatic irony, but it tiresome to wait until nearly one-third through the book for the main character to catch up to the reader. Maybe it would be easier to wait if we were in the head of a more off-beat narrator, but both Jason and his Wife Daniella are fairly standard. I think this could have been avoided by cutting the first chapter off earlier, and then give the details of his encounter to the reader as Jason remembers them.

But once we get to this point, the story does pick up – after explain Multiple Worlds theory. While I did appreciate showing some of the hard science details, I think three info dumps were overkill to explain the principle.

Once Jason gets ahold of the Box (the device needed for travel between these alternative worlds, we get some fun adventure with him and Amanda (a side character dragged along) with visiting some interesting worlds. Granted there’s nothing truly groundbreaking in the worlds, but I also enjoy that sort of exploration. The one interesting but not fully explored aspect is how the emotional states of the participants direct the worlds they find – mostly because we never get to really see what Amanda is looking for.

However, the book has one truly novel idea to add to the tales of multiple worlds – that during Jason’s own adventures, his decisions branched off other Jasons, all with the same goal of returning home. This quickly turns into chase sequence with Jason fighting to be the one to return home – with the family eventually having to retreat to another world to escape the chaos. Sadly, I don’t think this element was fully explored – we don’t get to really meet the other Jasons or what they experienced that made them different – or even a Jason whose journey changed his goals.

I also felt the philosophy was a bit shallower then I anticipated. If you have already read one book that has dealt with Multiple World Theory, then you are probably already familiar with the discussion about how much are we shaped by our choices, the idea of an essential unchanging essence versus our experiences. While I think that exploring with the Jasons and why his wife picked our narrator versus the other Jasons. Another issue I have is that the first chapter seemed to set up a question of fame and fortune versus a quiet family life – but the narrator is never in a position to really be tempted – mostly because people kept trying to hurt him or kill him the whole time.

Dark Matter does have a few interesting ideas on Many Worlds Theory. But while its action is quick and it’s pace fast, getting to the best parts might be too long of a slog for experienced readers. 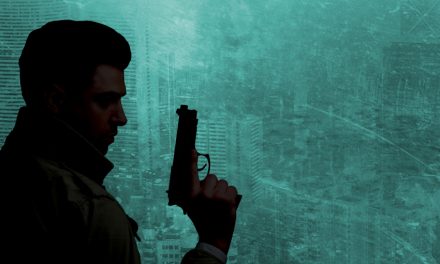