Book Review: The Children of Men by P.D. James

It’s 1995 and a woman gives birth to the last ever child to be born. Nobody knows exactly why, although speculation runs wild.

Fast forward to 2021. The last child is 26 when he dies in a pub brawl. By this time, the world has been reshaped. England, while still a monarchy by name, is ruled by Xan Lyppiatt, its Warden. His opponents call him a despot, but people have little interest in the politics of a world that is destined to die with them. There are only three things they want, and it’s those things that Xan is delivering: freedom from fear, freedom from want, and freedom from boredom. The way this is achieved remains entirely unimportant.

Xan’s cousin and ex-advisor is Theo Faron. He is the man who starts writing his diary in January of the year Omega – the beginning of the end – telling us what the world has become and incidentally confiding about his meeting with Julian, the woman who will introduce him to a small group of dissidents with the potential to change everything.

A dystopian novel like few others, this is a story about social disintegration, disillusionment, and cynicism. We are presented with Theo’s take on the events and he’s less than enthusiastic about overthrowing the Warden. The logical arguments are too strong even for the most horrible things on the list, like the Quietus, an elderly mass-suicide, lately turned into a brutal ritual and forced onto the population, rather than voluntarily chosen; or the condition of Sojourners, young immigrants who are relegated to the most undesirable jobs; or the penal colony on the Ilse of Man, where offenders are sent without trial and without hope.

As bleak as it might seem, I found very refreshing to meet a protagonist that doesn’t sail his ship on the wind of passion to overthrow the evil despot for the sake of the world. Theo Faron is a history scholar. He knows that oftentimes a despot is only replaced by another one, when passion is the leading force. And when it comes to personal freedom, it might be argued – and it’s Xan’s argument for this – that people have often gone too hysterical to spot the difference between reality and wishful daydreaming.

Engaging with the dissidents, however, Theo’s wall of cynicism finds its match in the passion, hope, and faith that propels the dissidents forward in their quest. For Theo it’s an inner struggle that holds him right until the end, keeping us suspended and engaged, if anything in the hope – never really denied, nor satisfied – that there will be a light at the end of the nightmare and that a new, better world will be possible. 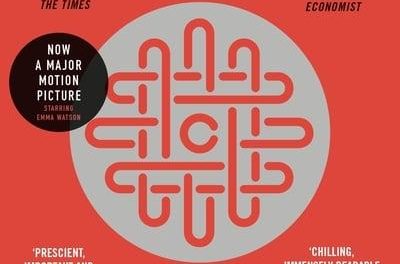