5 Comforting SFF reads during the lockdown 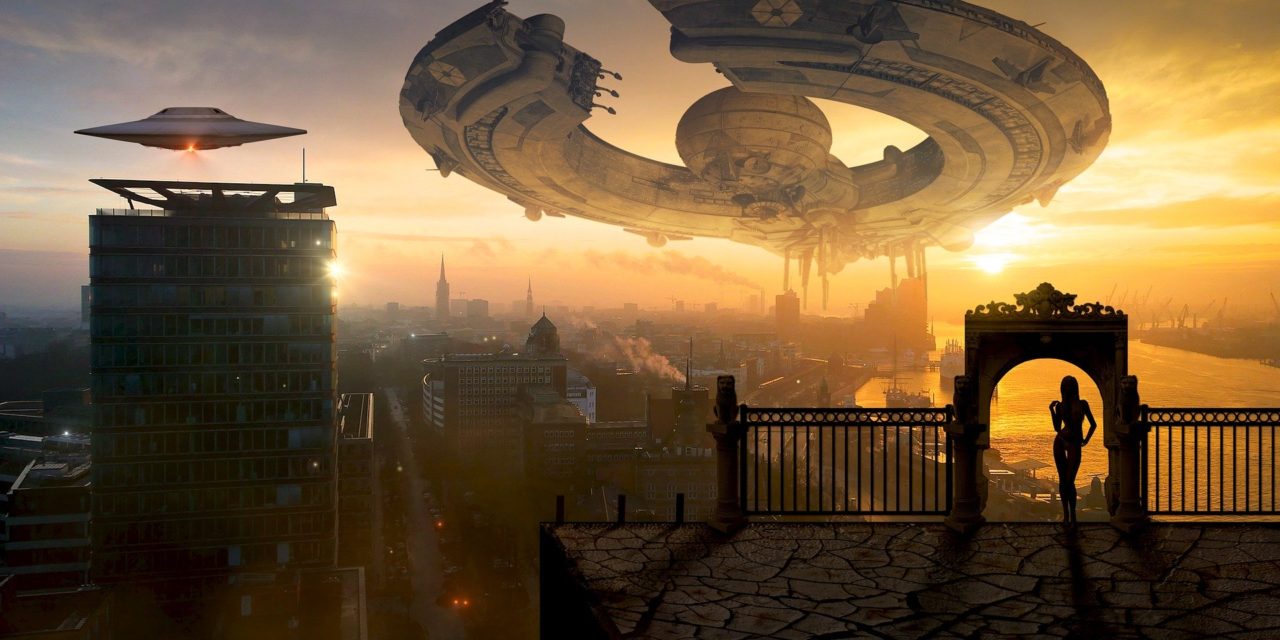 In this strangest of times and in our self-isolating Haus of Nerds, SFF means more than ever: new traditions and connections, like our regular Star Trek Sunday (latterly, introducing our youngest to The Wrath of Khan).

As per another tradition, I turn to the books that make it possible to feel the fear without being overwhelmed, or provide a few hours of precious escape.

Here’s a not-at-all exhaustive, personal list of comfort-read SFF titles that could transport, uplift or entertain while alone, together:

The Rest Of Us Just Live Here:

For a Brit reader and writer who’s never crossed the Atlantic, a USA high school might well be another world, drip-fed as anyone growing up in the 80s and 90s, on a steady television diet of improbably articulate, beautiful teens in small towns with Big Problems.

In Patrick Ness’ YA fantasy, our hero isn’t beautiful, clever or special. He attends a Sunnydale-esque high school afflicted with atypical peril. While the pretty indie kids with the flippy hair and memorable names get to save the world from zombies, vampires and soul-eating ghosts, our hero just wants to graduate and get a certain girl to look twice.

An SFF classic, adapted for television by the BBC after a long wait, it’s worth returning to Philip Pullman’s lush source material.

Weighty, girded by a glut of literary and theological references, an irresistible adventure that expands to encompass multiple worlds, betrayal, and the defeat of God. It’s also a ferocious rebuke of another nostalgic, flawed favourite, The Chronicles of Narnia.

Though the series has spawned a number of books, the original trilogy remains immersive. It’s protagonist, Lyra, benefits from being unaware she’s a Chosen One, which allows the series to deftly skim the clichés poked at in The Rest of Us.

This Proto-Steampunk novel that sparked a thriving subgenre is machine-tooled to near perfection: another spunky heroine who lives by her wits, inventive revisionist history (worth reading just for the fun of seeing how and where famous historical figures like Benjamin Disreali, Ada Lovelace and Charles Babbage feature) and much ribald, silly-sounding Victorian slang.

It follows Sylvia, a woman drawn reluctantly into the orbit of a not-at-all trustworthy politician/Luddite/spy, to become a ‘prentice adventuress’. The Difference Engine establishes a brisk pace and a Penny Dreadful melodrama, despite its 300-something pages.

The story begins with Sylvia attempting a living in a Victorian London recognisable in its moral murk, but less so in that Lovelace and Babbage’s strides in early computing shifts much sooner from theoretical to actual, a part of daily life – making The Difference Engine timely when so much of our socially distanced world is built on their work.

The Rules of Magic

A prequel to the best-selling Practical Magic, Alice Hoffman’s novel has all the appeal of the original, delving into the pasts of Jet and Frances Owens, the witches my sister and I wanted to be when we grew up (still do).

The sisters, like all women of the Owens family, are afflicted by a centuries’ old curse, though they grow up privileged, with no knowledge of their heritage. Tragedy sends them a little Grey Gardens while their glamourous brother drifts through the late 20th Century in a manner that might feel glib,  a little too Forrest Gump, were his bad-boy affectations not so cleanly dissected.

As with its predecessor, The Rules of Magic creates a world in which, in the right hands, a humble mix of carefully tended ingredients have the power to cure ills large and small, though not without consequence. It’s a heartfelt tribute to ancient female knowledge and the bonds of sibling love.

Carl Sagan’s open-hearted hymn to humankind as inveterate tinkerers unravels the tantalising idea of intelligent extra-terrestrial life. Contact is both a plausible novel of universal ideas and the intergalactic adventures of one impatient, endlessly romantic astronomer.

It’s a joyous, generous story with one foot firmly in reality – Sagan takes sideswipes and misogyny, colonialism, religious fundamentalism and the gradual chipping away at expertise and competence in our society. Above all, it celebrates that most human of traits: curiosity.