Thriller gets a design makeover live on stage 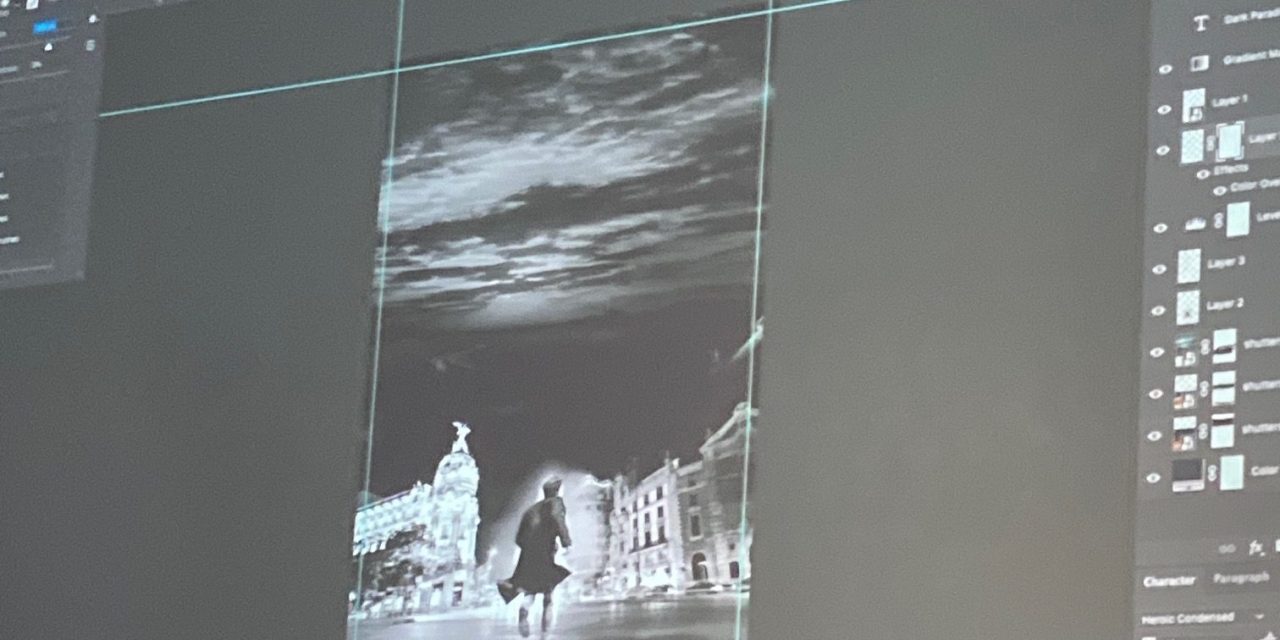 We recently attended the Self Publishing Show in London and were privileged to be picked to have Stuart Bache (Books Covered) give one of our titles a Tony Hart-style makeover. Stuart has designed covers for prominent name authors such as John le Carré and Stephen King as well as a cluster of indie stars such as Mark Dawson, Adam Croft, LJ Ross, and Craig Martelle.

The guinea pig was our thriller book, White Horse (Dark Paradigm #1) by Jay Tinsiano and Jay Newton. The current and original cover doesn’t convey that book’s genre (action/thriller) although it does hint at the occult driven apocalyptic narrative revealed throughout the series.

The session gave the 800 plus gathered indie authors and publishers a demonstration of the cover design process. No easy feat inside an hour while answering audience questions. However, Stuart did a sterling job and used his immense skills to create a stunning cover.

We hope to work with Stuart for a relaunch of this Apocalyptic Thriller quadrilogy.

Other talks and panels included Joanna Penn’s The Creator Economy, Non-fiction: Failure to Fortune with Mark Reklau, Amazon Ads Targeting with Jane Margot, Big Data Unleashed by Alex Newton among many others over the two days.