Book Review: The Outside by Ada Hoffmann

“The Outside” is another philosophical Space Opera, but less focused on freedom versus law and more on existential terror. “The Outside” is a surprising combination of horror and space opera. On one side is the computer gods, who require human souls and control humanity with their cybernetic servants. They are named after the Greek gods, which should dispel any early thoughts of their magnanimity. The other side is “The Outside” embodying the Lovecraftian pulps fear of the unknown, where physics stops working, and a mere touch can cause insanity. In the middle of this is Yasira.

Yasira is a prodigy engineer who finds herself torn between these two forces as she tries to fight for humanity. This sets the stage for “The Outside’s unique twist on the Lovecraftian mythos. Hoffman combines the mind-breaking reality of this Mythos with various mystic transcendental traditions, creating an experience that combines fear and wonder. With this, it allows Yasira to make a human connection to the outside.

One aspect worth highlighting is that Yasira is autistic. Hoffman makes a special effort to describe some of the daily challenges of dealing with sensory sensitivity, overwhelming social demands, and emotional meltdowns. I would recommend this book for those interested in books with autistic heroes and general non-neurotypical representation.

However, there are some weaknesses in “The Outside.” One of these is the characterization of the supporting cast, most notably Tiv. Tiv is the girlfriend of Yasira. Yasira’s love of Tiv informs much of her decisions in an effort to be reunited or to protect Tiv. The problem is despite Tiv’s importance to Yasira, we never get a strong impression of Tiv as a deeper person. We know that she is a quote, unquote “good girl” who fits in with society, has endless good cheer, and is strongly supportive of Yasira. But that’s about it. This weakens the audience’s ability to invest in a relationship that drives Yasaria’s character.

There are other more interesting side characters, who steal the spotlight whenever they show up. For sheer favouritism, Enga, a martially inclined angel who only communicates in all caps text messages, and a spider alien who is a linguist of other alien species and wants to have a bite of everyone.  With such colourful characters, the reader may occasionally long to leave behind the viewpoint of Yasira and Akavi and explore these more quirky characters.

Akavi is the other viewpoint character, who often works as an antagonist against Yasira. He is a shapeshifting servant of the computer god Nemesis, a charming sociopath also trapped in an impossible situation.  His arrogance can tire at times, especially as more genre-savvy readers might see his missteps coming long before he does. He also suffers in being flanked with Elu – a kind but not good angel – who seems to be a volatile mixture of guilt, loyalty, idealism, and love. But like with the other characters, Akavi’s viewpoint doesn’t allow us to see more than a glimpse of it.

Still, The Outside is an intriguing book for its unique take on the Lovecraftian mythos, much like Bear’s Mongoose universe. Once again, this book focuses more on the concepts it’s dealing with then action, so this is once again recommended for those who don’t mind a more thoughtful but no less intense space opera adventure. 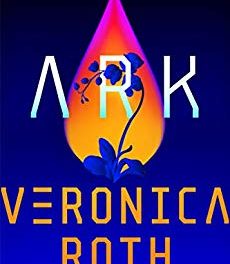