The Solar War, second of AG Riddle’s Long Winter trilogy lurches straight from frigid post-apocalypse to pre-apocalypse once more: no sooner have our plucky protagonists found each other, married life, parenthood and the faint promise of a thaw, another massive disaster threatens to wipe out what remains of the human race.

Winter War, first of the series, followed a group of disparate scientists as they battled The Grid, run by hostile artificial intelligence from the far reaches of space and human understanding, mining the sun for energy. Outmanoeuvred but not beaten, the prospect of the Grid’s ongoing intent to scavenge the solar system casts a long shadow over Book 2.

Once again, The Solar War is narrated alternately from the point view of roboticist and ex-convict James Sinclair and his wife, Emma. While she slots into a rather flat, nurturing role, without being given much reason to exist in the novel beyond her functions as wife, mother and occasional counsellor, Sinclair embarks on a series of risky missions to attempt to secure both the survivors’ basic needs and the cooperation of scattered colonies.

Sources of peril are multiple here, among them human as well as environmental. Solar War spans a fair chunk of Maslows hierarchy – including food, water, shelter and the will to survive, not always in that order. Some of the less densely plotted sections cherry-pick much from the world of self-help and popular neuroscience in their observations on the corrosiveness of chronic stress and the power of belief. Riddle’s novel attempts the emotional nuances involved but doesn’t dwell long enough to allow introspection to get in the way of a good cliff-hanger.

Also familiar is the tendency to fall headlong into the maverick-genius trope – somewhat predictably, James Sinclair is still the only (white, straight) man able to save the world. In a manner no less irritating than in the first novel, Sinclair’s exceptional intelligence and vision are repeatedly declared, in the absence of any truly interesting flaws, or a compelling antagonist.

Of Sinclair’s enemies, there’s a sneering rival scientist, Richard Chandler, an ego-driven talking head on what remains of the world’s media. His villainy lacks any complicating or redeeming features, which renders him little more than a plot contrivance. In Chandler’s scheming, Riddle takes a side-swipe at the power of fake news, a phenomenon, its implied, even catastrophic climate change won’t kill off.

There’s also a snarky android, representing the Grid. Though his wisecracks prove fitfully entertaining, they soon become wearying. Contemptuous interactions between him and Sinclair underline an unequal contest, but readers might hope for a battle of wits with more actual wit.

For readers familiar with Winter World, Solar War holds few surprises, involving at the time of reading but perhaps less than memorable.  It is worth holding out, however, for Solar War’s final chapters, which set up an intriguing mystery with shades of Picnic At Hanging Rock, or perhaps one of the better Star Trek episodes for book 3. 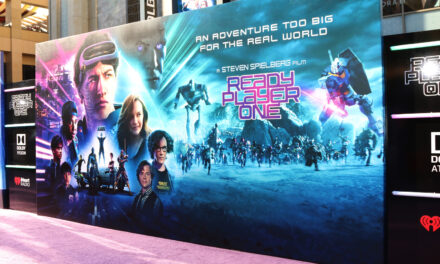