Book Review: Boy on the Bridge by M.R. Carey 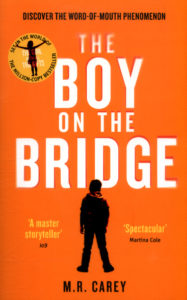 The follow-up novel to the acclaimed Zombie Apocalyptic Thriller, Girl with all the Gifts takes place in the same timeline and acts as a prequel to the sensational book that also became a film.

Readers of GWATG will soon recognize Rosalind ‘Rosie’ Franklin, the armed mobile lab found abandoned in the first story. We already know the irreversible direction of the world with the excellent and dramatic end in the first book, yet this may be a flaw in the overall plan when it comes to Boy on the Bridge.

In this new story there are a host of new characters; soldiers housed together with scientists as they carry out their mission to get samples from the hungries that could help find the elusive cure. M.R. Carey’s writing style is as fluid and hypnotic as ever and neatly draws you into the fearful world we’re already familiar with. The lack of lead protagonists made it really hard to get into this story in the first act. There are incidents, for sure but with so many characters it feels laborious to get a grip on any one of them.

There’s Stephen Greaves, the young genius with social anxiety issues that ultimately gets close enough to the hybrid hungry children to lead in a pivotal plot point later in the book. MQueen and Colonel Isaac Carlisle have their conflicts but blur the edges in terms of character differences and as such I got them confused often.

My favourite element are the children. These feral hunters pursue the Rosie relentlessly when it takes the body of one of their own, and later deal a devastating ambush that cuts down the crew of characters to a more manageable size.

The boy goes down.

The other children scatter — but scatter is the wrong word. They rise up like a wave. They flow over and past and through anything and everything that’s in their path.

One of them, in passing, smacks down Khan’s arm which is still raised as part of her diplomatic pantomime. Another cuts Elaine Penny’s throat. Then they drop into the long grass and vanish from her sight.

When the crew of the Rosie decide to head for home at Beacon there is plenty of growing tension. The claustrophobic feel of the Rosie is well described and internal conflicts between the crew rise to the fore. Doctor Samrina Khan, now heavily pregnant is about to be at the forefront of the thrilling climax which is a worthy end to the story.

Make no mistake, Boy on the Bridge is a riveting read once it gets into full gear but falls short of the full impact of its predecessor. 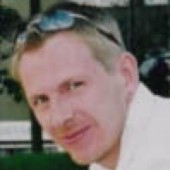 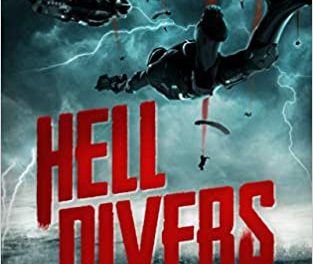